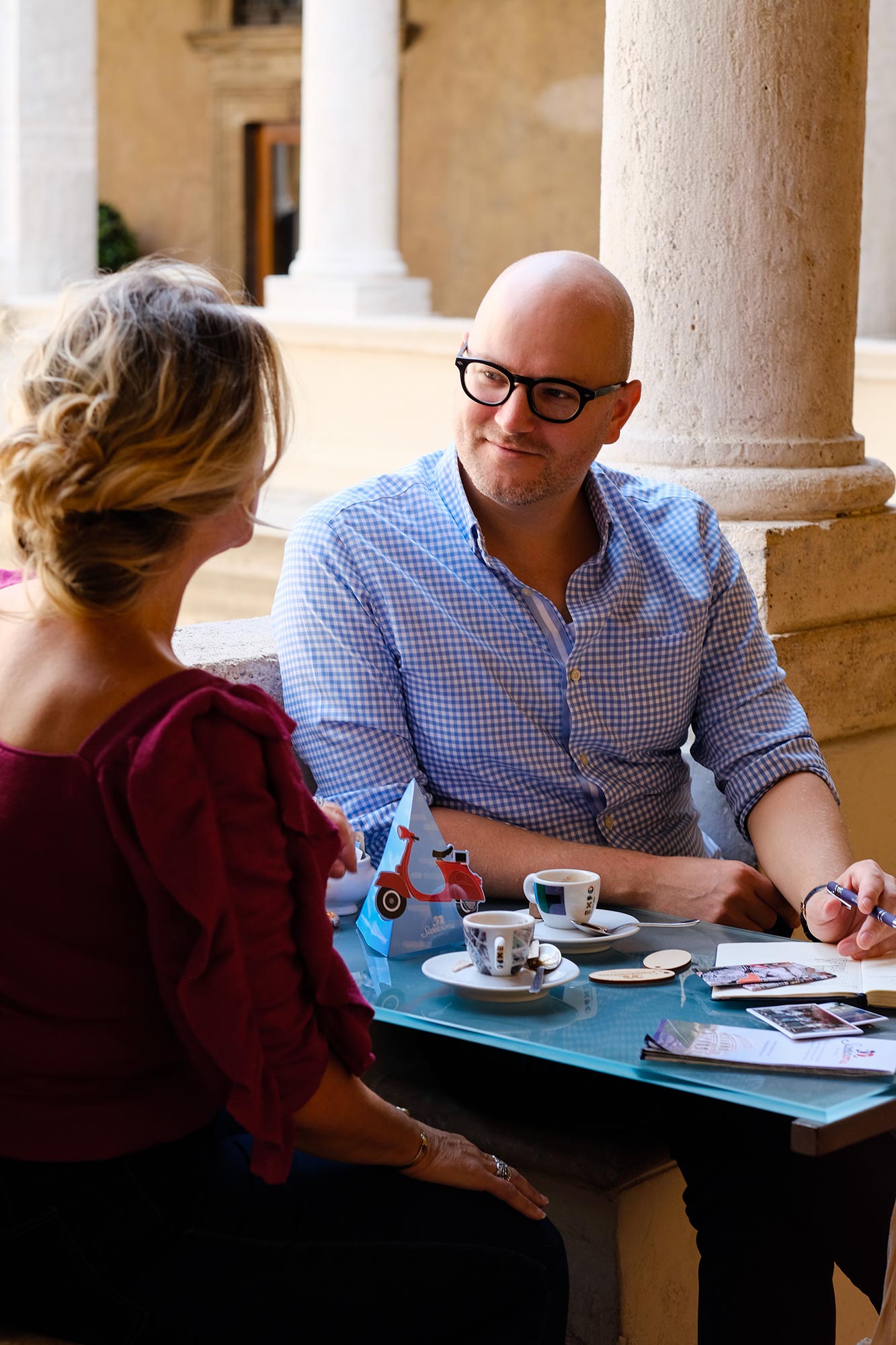 Jonathon Dominic Spada is a hotelier and designer. He founded SAYHELLO. Creative in 2014 to bring creative vision to hospitality brands around the world.

Prior to launching SAYHELLO Creative, Jonathon held leadership positions at hospitality enterprises around the world. He served as Front Office Manager at the Statler Hotel in Ithaca, NY for four years, Supervisor for BOH operations with ARAMARK at the 2008 Summer Olympic Games in Beijing, and consulted for independent hotel and resort development projects across Italy, India, and Bangladesh.

As a designer, he has served as a designer and draftsman for independent design firms in Providence, Rhode Island and Rome, Italy. He serves as the design lead for all SAYHELLO. Creative design projects, including branding, marketing, and interior projects.

Jonathon is a graduate of the School of Hotel Administration at Cornell University and holds a Master degree from the Rhode Island School of Design. He is an active member of several local expat business groups in Rome and currently serves as President for the Cornell Hotel Society, AlpAdria & Eastern Europe Chapter.